As previously announced. The KCM Lectionary Blog has currently suspended active posting because its author is working on another project that officially begins Sunday, November 27, 2016. You are invited to follow.

Wilderness Urgency According to Mark is Wesley White's next project. The imagery of wilderness in both its danger and retreat/renewal aspects has occurred enough that Wesley finally paid attention. The particular stimuli for this particular were repeated nudgings from memories of Mark and the latest American political season. Mark does not lay out 3 orderly temptations in the wilderness. He only indicates there were testings there and those testings seem to keep cropping up all the way to and including the end of the story where people run away from renewal (and, yet, find a good message in one another).
In WildernessUrgency Wesley will look at the Gospel According to Mark, verse by verse. Postings of this slow daily walk through Mark will contain a next verse in Mark from the OpenEnglishBible followed by a stanzaic response from Wesley and comments that will attend to both technical details and contemporary relevance. [Note: the stanzas have no punctuation so read them aloud to see where the words would like to relate to one another.]

1. There will be a daily posting at WildernessUrgency.org. You are welcome to visit there, read, and comment.

2. I am also experimenting with a MailChimp sending of the daily posting to those who would like to receive it as an email. To try this process that can be unsubscribed from at any time, go to:
eepurl.com/cqvRmT and enter your name and email.
As indicated, this is an experiment. If it doesn't work there are other processes that might function for those desiring an email rather than going to a website. Let me know if you sign-up and either don't receive any emails or they come in an unusable format.

Thank you for your support through the last 14 years. Here's a picture I took in the Badlands, South Dakota to encourage you in the midst of whatever state of wilderness is currently engaging you. 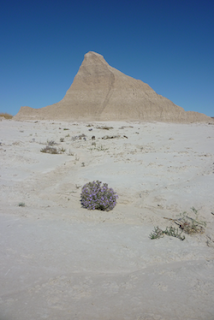 Yes, deserts can bloom.
You are called to join the blooming.
Share the belovedness that is yours.

Thank you for blessing us with your response.

Books developed from this Blog. Click the covers above to order your copy.

Wesley White
We bring Progressive Christian celebrative and educational events to Wisconsin that the expansive love of GOD will be clear for all to experience. Please visit our Kairos CoMotion website for more information. ///// We have been nurtured in the United Methodist tradition and practice our tradition of bringing together "acts of piety" and "acts of mercy". ///// Click Here to signup to receive the postings here as they are made. ///// We appreciate your presence and support. ///// We have 10 years of postings organized by Book, Chapter, and Verse - you are welcome to browse.